Arsenal made it two wins from two in the Europa League last night after a 3-0 win over Dundalk. As a game, I don’t really think it merits a huge amount of analysis, but there are still bits and pieces we can pick out from it to discuss this morning.

Let’s do it heading by heading, starting with:

With Man Utd on Sunday, the team was clearly picked with that in mind. The back three might be viewed by some as conservative against a side like Dundalk, but would any of you out there, knowing everything we know, select a central defensive pairing of Shkodran Mustafi and Sead Kolasinac? I don’t think so.

I said to Andrew Allen at half-time that he’s a player I really want to like but it’s hard to get on board with some of his performances. Then, a minute into the second half, he produces a moment of outstanding quality to score a cracking goal … with his right foot too. It shows the talent is there, but too often there’s a lack of end product/consistency.

On reflection though, I think his first half was better than I thought it was, and I’m convinced that one incident clouded my view. I’ve watched football for a long time and midway through the first half he took the worst corner I’ve ever seen – and I once saw someone kick the ground rather than the ball, breaking his big toe in the process.

It was a moment where his price-tag becomes all-important again – “Well, for £72m, you’d want someone to take a better corner than that.”

That’s obviously true, but he was involved, he could have scored when Eddie ignored him after good work (much to his frustration), he had five shots and six crosses, and in the end produced something spectacular. I think the fact he’s starting games in the Europa League is an indication that the manager isn’t convinced and wants a lot more from him; I think we can all see we’ve overpaid for him; but there are few players in this squad who could score the goal he did, so let’s hope Arteta can get more out of him because we need him to do it in the Premier League, not this competition.

For me, our best player on the night by some distance. Going back to Pepe for a second, the Ivorian was fortunate that the shot he took rebounded into the path of the midfielder, because he should have played Willock in, but there was something to like about the way Joe kept going just in case that happened. He didn’t stop and throw his arms up in frustration, and the finish was superb.

I can’t sit here this morning and say that Joe Willock is the answer to our problems, but I can state with some assurance that what Joe Willock does makes this team more effective. His movement and running with and without the ball is excellent, he drags people with him creating space for others, he was directly involved in the Pepe goal, and there were a couple of moments where he left defenders for dead in a way that was eerily reminiscent of Aaron Ramsey.

Perhaps some won’t be as on board with that comparison as others, but I mean to say he’s almost alone in this squad as a midfielder who can carry the ball, arrive in attacking areas at the right moment, and whose presence goes some way to dragging teams which operate in a low block, the way Dundalk did, out of position. He’s still young, he’s still very raw, and I fully accept one performance against a League of Ireland team isn’t evidence he’s the answer, but I think there’s a very interesting player in there who brings things to the team that nobody else does – and let’s not overlook we lack goals from central midfield, something he can definitely provide.

A small thing that might not be anything at all, but which stood out for me when I looked at the stats: he committed more fouls than anyone else (5), all of them in the opposition half. None of them stand out particularly, but something else we’re missing is the ability to disrupt the opposition when they do have the ball, the way teams like Man City do, and I wonder if his innocent face might make him the perfect silent assassin for that kind of thing in more difficult games. 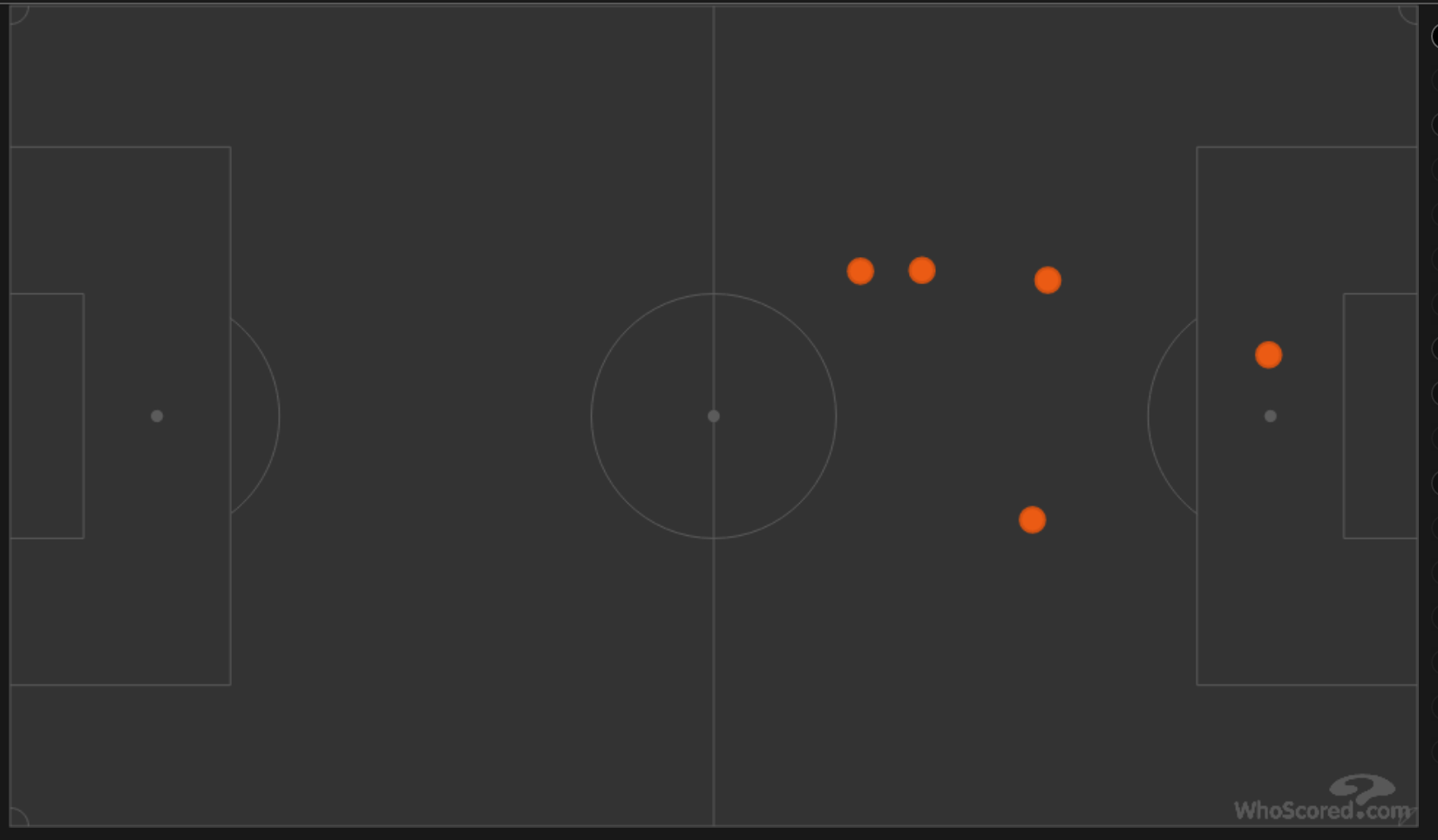 Having played so little this season, he was obviously keen to make the most of his opportunity, perhaps a little too keen at times, but like his Academy pal Joe Willock, his movement, dribbling and direct running were impressive at times. He’s got a lovely change of pace in small areas in the final third, he’s got a trick or two, he’s not afraid to take players on and have a shot, so I think he can be pretty pleased with his night’s work.

Arteta said beforehand he needed to take his chances when they came, and while I’m sure Nelson would have liked to have finished with a goal or an assist, I think he showed enough to demonstrate he could be an option off the bench for a team which is struggling to produce enough attacking potency.

It’s not so much what he did when he came on, but that he made his full debut for the club. The 19 year old striker is extremely highly-rated, those of you who keep a close eye on youth levels will know that, but there are big questions over his long-term future as his deal expires next summer.

Sheffield United tried to buy him this summer before they spent £20m+ on the lad from Liverpool, and Brentford – the kind of club from whom we’d look to buy a young talent exactly like this in a couple of years time when he’s a bit more developed – are keen admirers too. Afterwards, Arteta made it clear he wants him to stay, if that’s what the player wants too, so giving him minutes in this competition will demonstrate some faith in him.

I could be reading something into nothing, but I wonder how much Eddie’s disgruntled face when he was taken off was simply down to not playing the full 90, or the introduction of a young competitor who could give him a run for his money.

All in all a game we were fully expected to win, and we did. Maybe it wasn’t convincing enough for some, but Dundalk defended resolutely, so I think they deserve some credit there. Next up in the Europa League, Molde, where you’d imagine the young players will again be given a chance, but all eyes now will be on Sunday and a trip to Old Trafford.

There’ll be a new Arsecast for you a little later on this morning. Until then, take it easy.