A quite outrageous report by Don Balon has claimed that Chelsea are interested in signing Lionel Messi at the end of the season.

Chelsea were held to a 0-0 draw by Wolves on Thomas Tuchel’s first game in charge on Wednesday evening. Considering their shortfalls this term, Roman Abramovich may well think it necessary to make further investment into his squad when the summer transfer window comes around.

MORE: How Chelsea could line up after a year under Thomas Tuchel – including two potential new signings

While that may be the case, it’s a surprise to hear Chelsea’s name mentioned in the race for Lionel Messi, whose, as has been well covered, contract with Barcelona is due to expire at the end of the season, with it currently looking as though he will be leaving the club. 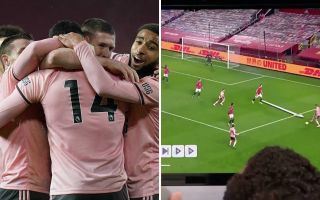 Messi would arrive at Chelsea on astronomical high wages and would block the development of the likes of Kai Havertz and Mason Mount. We have no choice but to take Don Balon’s claims with an almighty pinch of salt – because it simply doesn’t make sense…