What a difference a year makes. Being trackside, gathering all the exclusive information, doing interview sessions, that’s what we at Paddock magazine used to do, but the Covid-19 pandemic changed our lives, which means the safest way to interview Formula 1 drivers is done via online conferences. We’ve had the chance to speak with Alpha Tauri’s 26-year-old Russian driver, Daniil Kvyat.

Dani, we had to wait quite a lot to get the season underway – what were your main activities during the lockdown period?

Just staying at home, really [laughs]. Actually, I did a bit of everything, to be honest: watching movies, cooking, play the guitar, read some books, walking and some training outside – when it was allowed. To sum it up, there was nothing special, just the usual stuff.

We know that you are one of the most intelligent drivers on the grid, did you learn some new skills as well during that time?

Yeah, actually I ordered an electric guitar when I understood it will be a long time staying at home. Luckily it arrived quite fast – I was very surprised by the quick delivery. I just tried to learn as much as I could. I really enjoy the sound of it, it’s really interesting stuff, something pretty exciting to do in your free time. I already posted some bits of it on Instagram, you can check it out how I perform [laughs].

That’s great! And how good is this year’s Alpha Tauri – how would you evaluate your team’s season so far?

I think we’re somewhere in the middle of the midfield, which means the battle around us is extremely tight. There are a couple of teams ahead of us on pure performance. Every race is a close fight with the guys in the midfield. I think I could’ve finished in a very good position in the first race, but unfortunately, I made a small contact with someone. Then the second race was quite strong, I was pretty happy about it. The third race was also good, but we didn’t manage to score points. Then the British GP went very well indeed, however, we had a problem with one of the rear tyres, so I’ve got mixed feelings there. On the other hand, we know that the pace is there and I do have the hope to do some really strong races. I’m pretty sure I’ll have plenty of opportunities to make up some of the bad luck I’ve had so far.

Once you fasten your seatbelt and have your helmet on, you don’t really see what’s going on around you.

Do you think a repeat of last year’s podium is possible for you in 2020?

Who knows – given the circumstances, given the fact that something needs to happen in the front because there are at least three teams that are still stronger than us… Anything can happen, as we saw last year.

How strange is it to race behind closed doors, what’s the biggest setback of this situation for you?

First of all, I’m happy that we’re allowed to race. I think it’s already a big thing and for me, racing is all about driving the car. I’m really happy to be able to do that. Once you fasten your seatbelt and have your helmet on, you don’t really see what’s going on around you, so that doesn’t really make a difference.

We’ll have Imola in the calendar for this year, where you’ve already driven the AT01 and you were quite positive about the track. How much of a challenge will it be going into the weekend with only one free practice session? 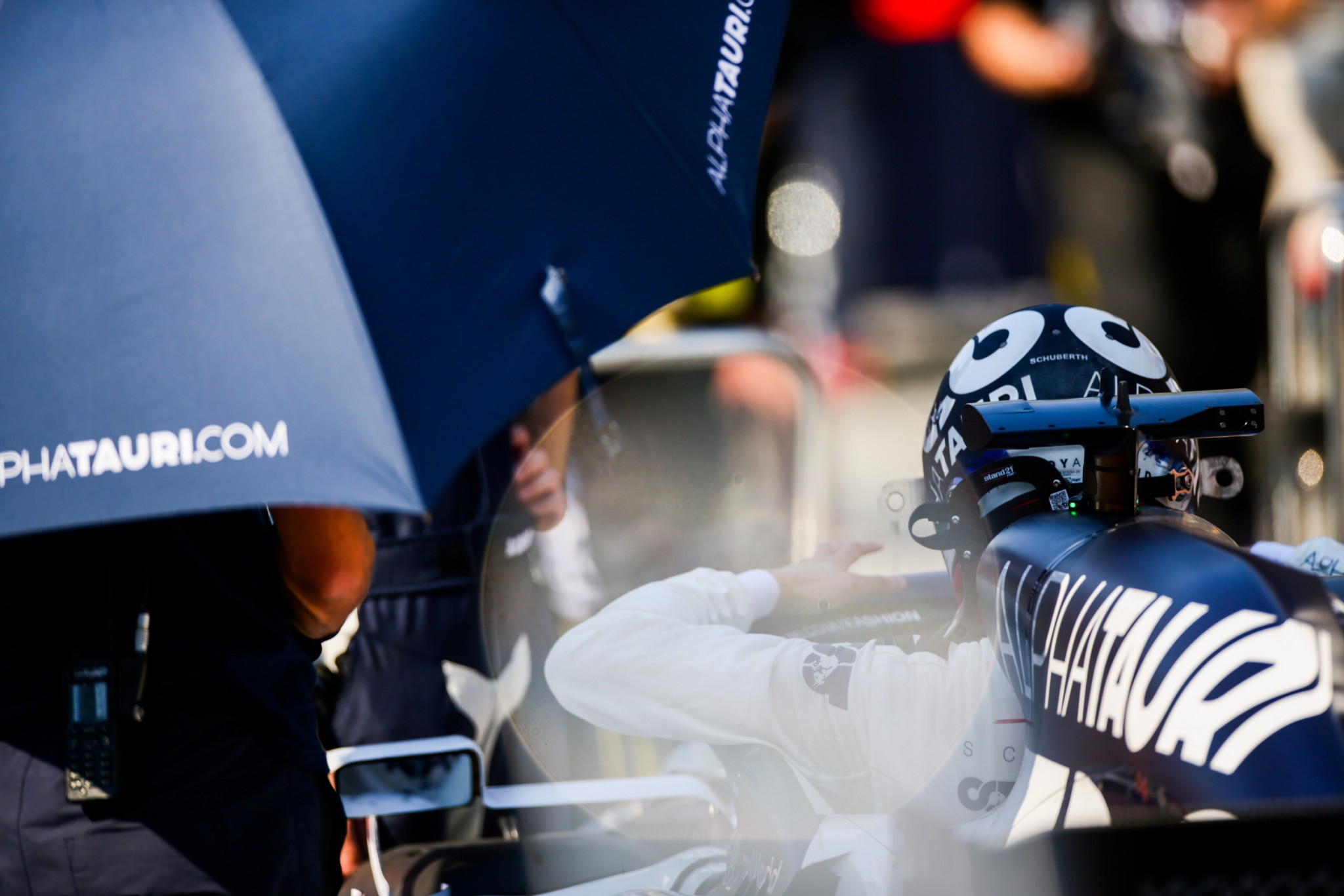 Daniil Kvyat of Scuderia AlphaTauri and Russia during the F1 Grand Prix of Italy at Autodromo di Monza on September 06, 2020 in Monza, Italy. (Photo by Peter Fox/Getty)

It’s a cool trick, a real old school one. It has some different type of corners that we’re not used to seeing nowadays. Let’s wait and see how everyone will adapt to this format, the only way to understand how it works is to try it. We’ll give it a shot and let’s see how it goes. The track overall is really good, so I think most of us would like to go there and race again at Imola next year as well. I think it’s great to have a bit of a mix in the calendar, I mean street circuits, very modern tracks and some old school ones.

Speaking about Imola, Mugello, Portimao… Are there any additional tracks that you would like to see back in the calendar?

These are some of the most-missed ones really. I’ve always said that I would like to see these tracks in the calendar, and finally, it became real. Other than that, there are two tracks in America that I’m curious about – Road America and Watkins Glen. Nothing else comes to my mind right now.

On Formula 1’s website, ticket sales are currently opened for the Russian GP. Do you have any information about your home GP, whether we will be able to see fans in Sochi?

I don’t know, to be completely honest with you. I haven’t heard anything about it. Having the fans would be great, and we need to trust the decision of the governing body and make sure it will be safe for everyone.