A stat shared by OptaJoe in wake of West Ham’s victory over Wolves shows just how good Jesse Lingard has been since leaving Manchester United on loan.

Lingard has only sporadically featured for Manchester United over the past two years, with the now 28-year-old seemingly having enough of being frozen out by the time that January came around.

The midfielder joined West Ham on a short-term loan deal, and the rest is history. His brilliant performance against Wolves on Monday night was just another superb showing from the England international.

Lingard has gone from a forgotten man to one of the most in-form players in the Premier League virtually overnight, with his stats now reflecting his standard among the best players in the division.

9 – No player has been involved in more Premier League goals than Jesse Lingard since his debut for West Ham on February 3rd (6 goals, 3 assists). Rebirth. #WOLWHU 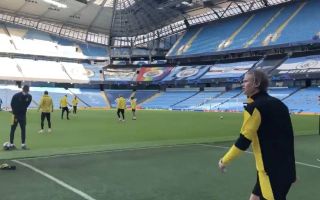 If Lingard is able to continue this form until the end of the season, he stands a fighting chance of earning a spot in the Manchester United squad – but does he want one?

Moving to West Ham and playing regular football has been the best decision of his career. Only time will tell if he’ll risk undoing it all by returning to Old Trafford.