According to the reliable Fabrizio Romano, Manchester United are planning to offer a new contract to wonderkid Mason Greenwood.

Romano made the revelation on his ‘Here We Go’ Podcast, named after his iconic catchphrase that has become popular due to the Italian’s spot on transfer coverage.

The 19-year-old’s season got off to a rocky start due to the forward – and City sensation Phil Foden’s -antics on their first trip away with the senior England squad.

Greenwood has also experienced some spells outside of the team this season, the forward’s character was harshly assassinated on the first day of the November international break by a media onslaught.

A training incident that Bruno Fernandes was exaggerated, as we highlighted that the United superstar’s relentless attitude – which may sometimes come across as harsh – is applied to everyone. 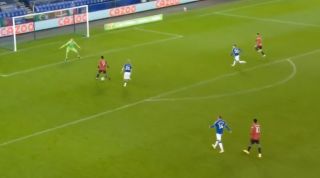 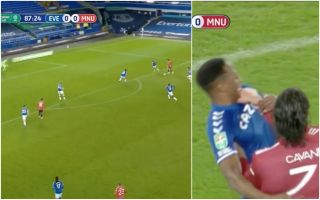 Greenwood has started nine of his 16 appearances for Ole Gunnar Solskjaer’s side this season, scoring three times and contributing two assists.

That may well be some way off the clinical performances in his breakthrough season, but that return is still very solid for a youngster, November’s treatment of the ace has led to vocal support from the entire football world – so at least something slightly good came out of it.

According to the Athletic (subscription required), Greenwood’s current contract runs until 2024 and contains built-in increases to salary relating to appearances.

It could certainly be a wise decision for United to hammer out a new contract now, even though there’s three-and-half-years remaining on the current deal, as Greenwood could continue his development vastly this season and massively raise his profile and reputation if makes England’s squad for the Euros.