The coronavirus pandemic has caused various clubs around Latin America to consider selling players to keep themselves afloat.

With no supporters in the stadiums and sponsors also taking financial hits in their respective businesses, these clubs want to whether the storm through player sales.

However, even in the face of a pandemic, some clubs will not part ways with a player despite turning down a significant transfer fee.

Report: Independiente reject a significant offer from an MLS club for starlet 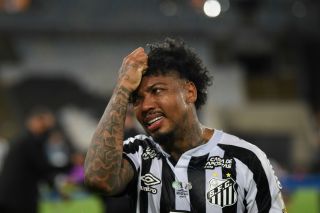 According to Marca, Club Atlético Independiente received an offer from an unnamed Major League soccer club for their young forward, Alan Velasco. The report states that the transfer fee that the MLS club was willing to pay for the 18-year-old was around $14-million.

Nonetheless, the board members for El Rojo rejected it. The Argentine club values the teenager that they inserted a $20-million buyout clause in his contract.

Velasco had a coming-out party during the Copa Diego Maradona knockout stages. The teenager scored four goals in four fixtures for Independiente. This performance might have caused the club to see what the potential is for Velasco before making a financial decision when it comes to his future.

The post Report: Independiente reject a significant offer from an MLS club for starlet appeared first on CaughtOffside.