The midfielder’s evening didn’t end well after he came on and failed to convert a spot-kick, but nevertheless, Liverpool fans would have been pleased to see their skipper back playing. 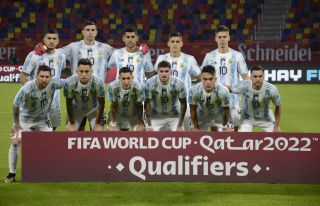 Having said that though, one person who was not happy to see Henderson included was ITV pundit Keane, who in true ‘Keano-fashion’, used his platform to unleash a barrage of criticism on Southgate’s decision.

“It’s already a distraction for Jordan,” he told ITV (as quoted by Eurosport). “I was convinced he was going to play the other day. I know there’s talk he’ll come out for the second half, but why not start him in the first 45 minutes where there will be more intensity?

“In the second half there are going to be plenty of changes. I think it is a huge distraction, I don’t think he should be involved.

“If he can’t start the game against Romania, because physically and mentally today’s game won’t be that tough for him… He’s an experienced player but he’s not kicked a ball in three months, going to a European Championship, it’s not right.

“I’ve heard people say they want him around the place – for what? Does he do card tricks? Does he have a sing-song? Does he do quizzes in the evenings?”

“Clearly Jordan’s not fit – I don’t think he should be involved… I’ve heard people say they want him around the place – for what? Does he do card tricks? Does he have a sing song? Does he do quizzes in the evenings?” pic.twitter.com/YhYaXxg8FX