The central midfielder played a key hand in two of the Red Devils’ goals, which will get some off the hate off of his back after agent Mino Raiola recently claimed Pogba’s time with United was over.

Pogba produced a brilliant first-time pass in the 33rd minute to float the ball over into Anthony Martial’s path, with his compatriot scoring his first Premier League goal of the season as a result.

27-year-old Pogba also sparked the jaw-dropping team move that led to Marcus Rashford’s second of the evening and United’s third with some exceptional play in his own half.

The midfielder was gifted the ball from a poor Sheffield United throw-in and made the most of that blunder as he turned away from one Blade and perfectly rouletted another before playing it forward.

In the post-match press conference, Solskjaer branded Pogba’s display as ‘excellent’ whilst also commenting on the gifted star’s ‘vision’ and ‘creativity’.

Here’s what Ole Gunnar Solskjaer has had to say on Paul Pogba’s ‘excellent’ performance in Man United’s win against Sheffield United… pic.twitter.com/BQe8LnwxNa

“Yeah, we made a decision, of course we know his strength in the air as well, we knew he was going to be important for us on set-plays, goal kicks and long kicks – he won more or less every single header.”

“His vision, creativity of course we also want, so Paul’s responded really well to the work he’s been doing, he’s fit now and excellent performance.” 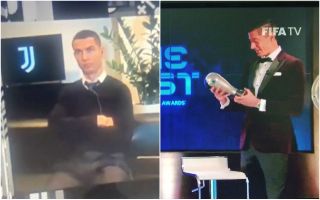 This was the superstar’s 16th appearance across all competitions this season, marking his eight start, the brilliant display has provided the platform for Pogba to kick on now he’s fully fit.

The talk surrounding Pogba since he rejoined the Red Devils for a then world-record fee in the summer of 2016 has always been whether the midfielder can consistently perform like this.

A favourable tie against a side that are respectfully resigned to being relegated this season is exactly the confidence booster that Pogba needed to help try and get himself back on the right track.

Solskjaer’s men now sit sixth in the Premier League table, but they hold a game in hand over everyone above them – if that was happening next and they won, they’d be second.