“Aintree Entrance – Home Of The Grand National” (CC BY 2.0) by Paolo Camera

Racing in its various forms is synonymous with betting. You can just imagine toga-clad people in the past making wagers on the chariot racing of the period. We’ve come a long way since then. Betting on racing is now more sophisticated than ever, thanks to a wealth of options at your fingertips. What are the biggest racing markets and events today?

As the world’s most famous steeplechase, the Grand National is arguably the most prestigious horse race anywhere on Earth. There are more valuable races for equine athletes and their human jockeys elsewhere, but there’s just something about this marathon four-and-a-quarter miles event at Aintree near Liverpool which captivates the audience.

It is estimated that about two-thirds of adults in the UK place a bet on the Grand National despite the market usually being wide open. This event is certainly more competitive than today’s racing results on Paddy Power suggest.

With 30 fences, many of them bigger than regulation steeplechase obstacles, to jump, just completing the Grand National course at Aintree is a major achievement for horse and rider. People bet in droves on this despite the obvious degree of difficulty.

Any horse that is able to win the Grand National more than once, because of the unique demands it places on them, has a place in racing history. The most recent multiple winner was Tiger Roll, who scored back-to-back victories in 2018 and 2019 on Merseyside.

Formula 1 has easily become the flag bearer for motorsport with the Grand Prix circuit taking it to all corners of the globe. While the odds for individual races are heavily influenced by the result of qualifying, the most popular market is the futures betting on the Drivers’ Championship.

This is available throughout the course of the F1 season. The market only closes when one driver has built up an insurmountable points lead and, because it focuses on individual performance rather than a team effort like the Constructors’ Championship, it allows bettors to follow their favourite guy behind the wheel.

Lewis Hamilton has dominated the Drivers’ Championship in recent years, winning the title all but once (2016) from 2014. It has been common for drivers to enjoy similar spells of consecutive victories throughout F1 history.

Michael Schumacher, for instance, won five Drivers’ Championships on the spin between 200 and 2004. Fellow German driver Sebastian Vettel took four on the trot from 2010 to 2013, meanwhile. 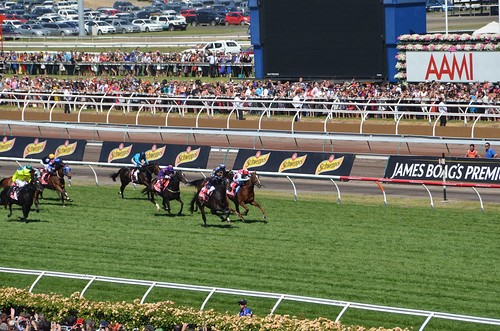 Any event with the tagline “the race that stops a nation” has to be taken seriously. The first Tuesday in November, the day which the Melbourne Cup is run, is a national holiday in Australia. If that doesn’t show how significant this race is Down Under, then nothing will.

Like the Grand National, it is run as a handicap but no obstacles are jumped. Flat thoroughbred racehorses travel to Flemington in the suburbs of Melbourne from all over the world to compete in the race.

That, in turn, generates global interest and makes the Melbourne Cup one of the biggest races bet on. Although it is over a two-mile distance, the Flat racehorses need to show off the final bend as well as stamina to win.