Sunday sees the seventh running of the Russian Grand Prix, the tenth round of the Formula 1 World Championship. It takes place at the Sochi Autodrom, near the Black Sea coastal resort, with the 5.848-kilometre track using roads around the Olympic village built for the 2014 Winter games. The nearby Luna Park and its brightly coloured rollercoasters provide a backdrop at various parts of the track.

18 corners. The track has 18 corners, 12 to the right and 6 to the left, with 1.7 km on public roads. The lap starts near the train station and heads for the Medals Plaza, which was where the Olympic prizegiving ceremonies took place and the five linked rings still mark the spot. The distance from the start line to the first corner is just over 100 metres, with a slight bend to the right that is taken flat out, leading to the first braking point, where cars slow from 330 to 130 km/h, in under two seconds and over less than 100 metres. This is the first of two DRS zones. The long left-hander at Turn 3 goes round the Medals Plaza and is flat at almost 300 km/h, followed by a series of right-angle corners in the second sector, which is more technical and twistier. A good exit from turn 10 is vital prior to the very fast slightly curved section in the second DRS zone, leading to turn 13, one of the heaviest braking points on the track. The final sector is the slowest, with various 90 degree turns requiring a reasonably high level of aerodynamic downforce.

Spectators. For the second consecutive race, spectators will be admitted to the grandstands. Around 31,000 are expected at Sochi, underlining the organisers wish to get back to some sort of normality while respecting anti-Covid regulations.

!In some ways, the Russian Grand Prix marks the start of the second part of the season. The first part was really intense, with nine races in eleven weeks, as the world of Formula 1 took on the complex task of tackling the World Championship during a pandemic. I think everyone worked together really well – the FIA, Formula 1, the teams and media – and managed to pull off something that had looked far from obvious just back in May.

The first part of the season proved to be very difficult for the Scuderia, as can be seen from the results. But it’s not in our nature to give up under any circumstances. That’s the spirit in which we approach the Sochi weekend, even if in the short time we’ve been coming here, the track has never been too favourable for us. We will do our best, aware that at the moment, we are up against a lot of stiff opposition.

We will be introducing a few small aero updates on the SF1000, as part of the plan which extends over the next few races to correct as far as possible the weaknesses seen in recent races, particularly with a view to 2021. We’re not expecting this small package to make a big change but it will allow us to check its functionality and give us a baseline for future developments.” 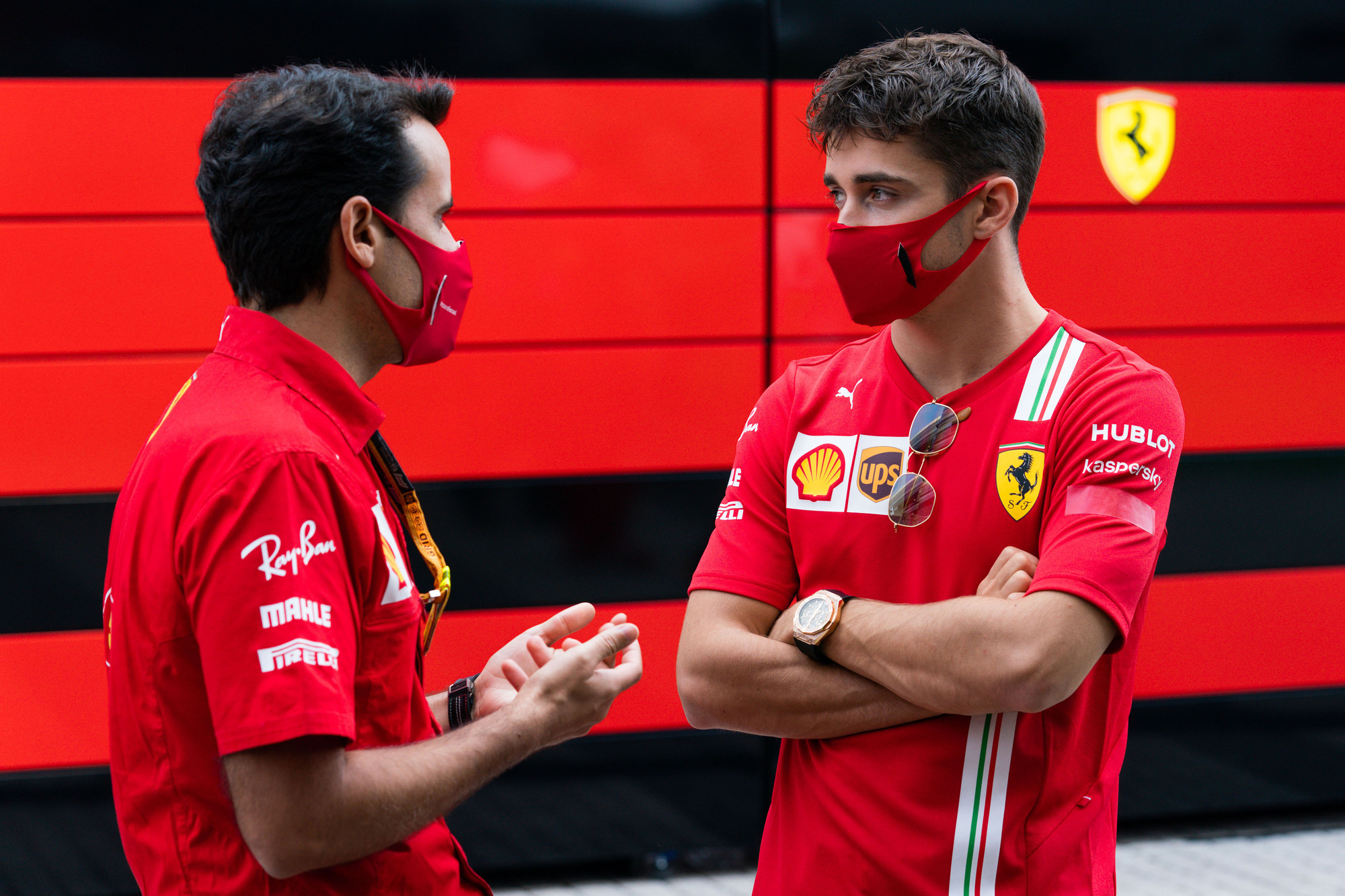 “The Sochi track has a very nice first sector, especially when you tackle turn 3 accelerating flat out. In the second sector, there’s a series of ninety-degree medium speed corners and you need to have a good line going into them.

On the technical front, you need to manage the hard braking points and how you apply the power on corner exit so that the tyres don’t suffer too much. However, the final sector is less exciting, tighter and with a few low-speed sections. Overtaking is rather difficult and that’s why it will be important to do a good job in free practice to get all the potential out of the car in qualifying.”

“There are two things that immediately come to mind when thinking about Sochi, a long straight and the rollercoaster.

I’m glad that some fans will be able to come and see us race and I hope that we can put on a good show for them.

The circuit features one of the longest straights of the championship, followed by an interesting mix of corners. I’d say the first sector is the most exciting. The first target for all the drivers will be to get the most out of qualifying and secure a good position on the grid, as it is not easy to overtake there.

I’ve had a lot of fun in Sochi in the past. Most of all in the theme park, which is next to the track. I remember the first time I went there with Formula 1, back in 2018. I met up with some of the other drivers whom I am friends with and went on some of the rides. It was a really good way to relax before starting our weekend activities.”

The post To Sochi Autodrom to start the next thousand – Scuderia Ferrari appeared first on Paddock Magazine.