Barcelona’s Copa del Rey clash with Granada tonight has proven to be a classic, with Jordi Alba’s stunning volley in extra time the pick of the game’s eight goals.

Barca found themselves two goals down in normal time, with late goals from Antoine Griezmann and Jordi Alba having to bail them out. Alba then scored Barca’s fifth and final of the game, and what a corker it was.

MORE: Video: Griezmann completes the Barca turnaround vs Granada with a fine header from a Lionel Messi cross

After a scramble in the Granada penalty area, Antoine Griezmann played a sumptuous trivela ball into Alba’s path, with the Spaniard, who is still, remarkably, at the top of his game, firing home emphatically on the volley. 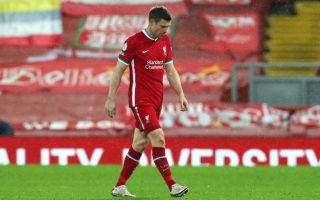 Video: Griezmann completes the Barca turnaround vs Granada with a fine header from a Lionel Messi cross

Barca did it the hard way but have ensured their progression into the next round of the Copa del Rey, in no small part thanks to left-back-cum-winger Jordi Alba.