Arsenal never do things the easy way. After their worst domestic finish in 25 years, three different managers in charge and another season without Champions League football, the damage could have been irreparable. To say their immediate future hinged on one game would not be an understatement, but thankfully Mikel Arteta masterminded an unlikely FA Cup win to buy the club some time – literally.

That trophy high quickly turned into transfer talk and away from Thomas Partey, a deal for Lille defender Gabriel Magalhaes was completed amid competition from Napoli and others. But who is the Brazilian, what will he bring to Arsenal and why is he costing the best part of €30 million?

Having started his career with then Brasileirão side Avaí, Lille saw fit to spend €3 million on Gabriel in 2017 despite making just 21 senior appearances. The defender later enjoyed two loan spells with ESTAC Troyes and Dinamo Zagreb – but featured primarily for their reserve and B team outfits – making his recent development even more remarkable. After initially struggling to adapt at the Stade Pierre-Mauroy, the 22-year-old was tasked with replacing injured regular Adama Soumaoro and has not looked back since.

At face value, Gabriel profiles extremely well as a central defender. He stands at around 6’3” and has the pace and range to defend in space, as well as the strength and agility to compete in tight areas. Under Christophe Galtier, Lille deploy a 4-2-3-1 formation that relies primarily on creating through wide areas, allowing full backs Mehmet Zeki Çelik and Domagoj Bradarić to push forward. This places significant responsibility on Gabriel to cover large spaces should turnovers occur – a role he performs admirably alongside the less mobile José Fonte. 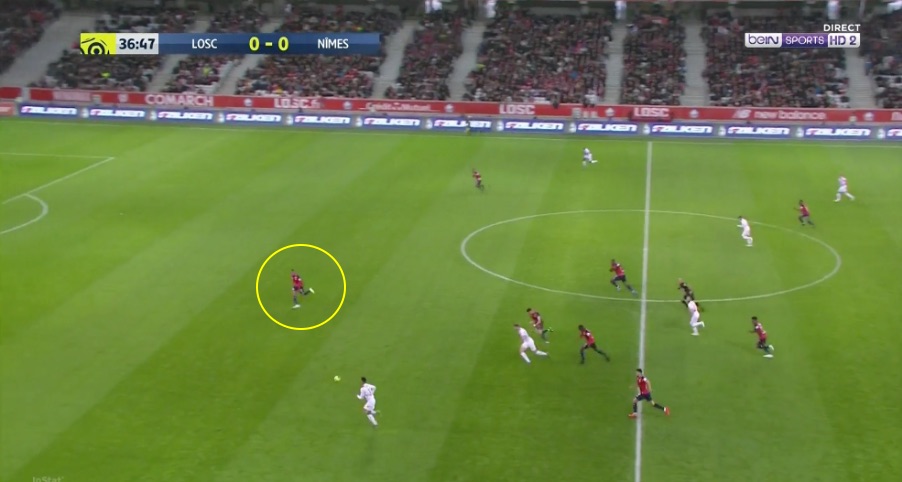 But where Gabriel truly excels is in direct duels. Despite his proficiency for covering space, he is most effective when pushing up, touch-tight with opposition strikers and forcing them back towards their goal. He is extremely physical and stands his ground well, but treads the line between aggressive play and fouling expertly as to not concede unnecessary free-kicks. The São Paulo-born defender committed just 0.8 fouls per 90 minutes last season – fewer than any other Lille team-mate. 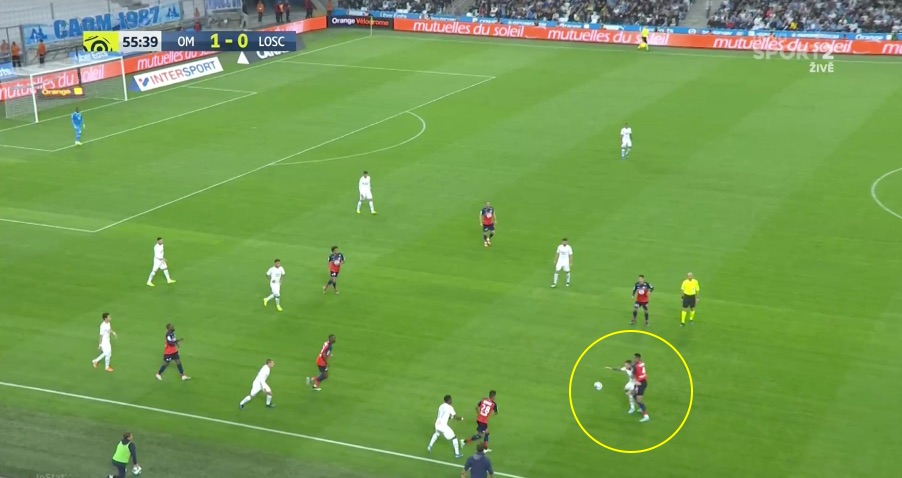 Typical defensive duties aside, Gabriel continues to impress in possession. Confident when receiving the ball from his goalkeeper or defensive partners, he will look to initiate attacks and even better, play through the lines of a high press or solid defensive structure. 58{3851c0879557ceb6c70cddb6630c7df9a9750acfd53fffec21979e603af26faa} of his 1483 passes last term were played forward, while his 4.3 progressive passes per 90 not only eclipsed his team-mates but most defenders in Europe – keeping good company alongside David Alaba and Raphael Varane.

The Brazilian also boasts two trademark passes – both of which involve breaking lines. The first and more commonly used is a curled through ball between right back and centre back, disguised as a simple pass out wide that suddenly whips infield. The second is a raking long diagonal used to isolate the right winger against his full back, which coincidentally worked well for Nicolas Pepe during his breakout season. Maintaining an 83{3851c0879557ceb6c70cddb6630c7df9a9750acfd53fffec21979e603af26faa} pass completion rate with such variety deserves acknowledgement. 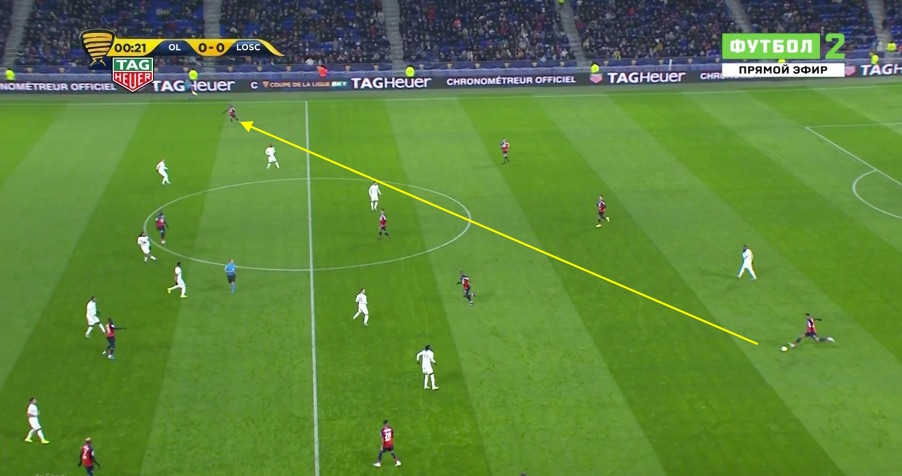 “I feel he is among the top five dominant central defenders in Europe right now,” said Lille president Gerard Lopez when asked about Gabriel in April.

“He is an absolute machine. To me, he is well on his way – if not this year – to potentially a really big club.”

And so, the prophecy rang true – but there are still caveats to the move. Much like Pepe who joined from Lille last season, Gabriel has only enjoyed one consistent season at the top level despite his rapid rise. The Brazilian clocked up just 52 appearances for Les Dogues with 34 of those coming in 2019/20, meaning expectations for an instant savior should be temporarily placed on ice – although his basic grasp of English is a positive start.

There are also quirks to his game that will need ironing out. Like most left footed players, he is extremely reliant on his stronger side and has been targeted for a high press, especially in Europe where Lille struggled last term. Another habit he will have to curb is unconsciously dropping deeper than his defensive partners which can keep forwards onside. Dramatic last-ditch blocks have occurred from this policy but hopefully some coaching could help manage those instincts. 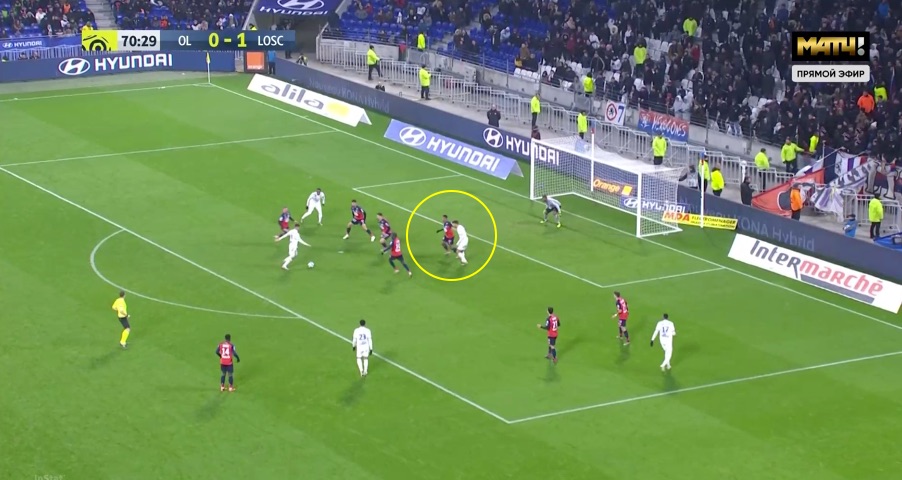 Both on a traditional and more analytical level, Gabriel ticks plenty of boxes. He is physically dominant, assured in possession and continues to show a capacity for improvement. Arteta repeatedly stressed his desire for a left footed centre back and arguably two options aside – Alaba and Aymeric Laporte – few could match the 22-year-old last season. His inexperience remains a valid concern but conversely, those concerns are balanced out by some extremely promising core attributes that can later be refined.

Despite the Arsenal defence improving markedly under Arteta, an improved structure can only take limited players so far. And with eight centre backs currently at the club there will be casualties. But much like the Saliba deal last year, this signing mixes a sensible blend of age, experience and potential which will hopefully result in a defender contributing not only in the present – but the future as well.

The post Analysis: Gabriel Magalhaes and what he’ll bring to the Arsenal defence appeared first on Arseblog … an Arsenal blog.