In recent years, the Belgian Grand Prix has always been the first race after the summer break. Everyone would return to work having enjoyed some rest in preparation for a final couple of races in Europe before heading off to Asia, America and the Middle East. However, with this bizarre 2020 calendar, there has only been one weekend off since Spain. The Belgian event marks the start of another triple-header which will end with Scuderia Ferrari’s 1000th Formula 1 Grand Prix. The legendary Spa-Francorchamps circuit is one of the most beautiful tracks in the world and has produced some of the greatest racing moments, to date hosting 52 of the 64 Belgian Grands Prix, with Zolder home to ten races and two being staged at Nivelles-Baulers on the outskirts of Brussels. Scuderia Ferrari has won 18 times, including last year when Charles Leclerc secured his maiden Formula 1 victory, but a cloud hung over the weekend because of the terrible accident in the Formula 2 race involving Anthoine Hubert and Juan Manuel Correa in which the young Frenchman lost his life and the American was seriously injured.

The first 1000. While Sunday’s race is the 998th for Scuderia Ferrari, it is also the 1000th in the sense that, on two occasions, when the factory team was not present, its engines were represented. The first time was the 1960 United States Grand Prix: with the championship titles already decided, the Scuderia decided to focus on its 1961 car, as that year would bring radical changes to the technical regulations, requiring a major effort from the constructors. However, starting this race was a Ferrari-powered Cooper T51 entered by Fred Ambruster’s team for Pete Lovely to drive. The American finished eleventh. The other race featuring just one Ferrari engine dates back to 1966. That year, the factory team was unable to send its two 312 F1s for Lorenzo Bandini and Mike Parkes to compete in the British Grand Prix, as there was a metalworkers’ strike in Italy. But on the grid was the Ferrari powered Cooper T73 entered by Pearce Engineering for Chris Lawrence. He too finished eleventh.

Unique track. Spa-Francorchamps is a traditional track par excellence, on which the driver can still make the difference. Already, the first braking point at La Source hairpin is demanding. The cars decelerate, going from around 285 km/h to 80 km/h. Because of its very wide run-off area, there are several lines on the exit that leads to the iconic section of track, the very tough uphill esses of Eau Rouge-Raidillon, after which comes the long Kemmel straight, the scene of many spectacular overtaking moves. Then comes the right-hander at Les Combes, which is the heaviest braking point on the whole track. After this, it plunges downhill to the Bruxelles hairpin where the track undulates before coming to Pouhon, a fast left-hander that puts a lot of load on the driver. After braking for Stavelot, it’s one long acceleration all the way to Blanchimont and the Bus Stop chicane leading onto the start/finish line.

“The Spa-Francorchamps circuit is undoubtedly one of the most beautiful and demanding on the calendar, for the drivers and also for us engineers. It’s particularly difficult to find the perfect car balance for its entire seven kilometres. In terms of Power Unit management, the track is pretty demanding with over a minute spent at full throttle. It’s important therefore to have enough power – you can never have too much – but you also want good driveability, especially when it comes to the first and last corners. Apart from its power output, energy recovery through the MGU-H is also key, so that the overall efficiency of the Power Unit is what counts.

Even before the introduction of DRS, overtaking was relatively easy at this track, but it’s the choice of the aerodynamic downforce level that really makes the difference. With low downforce, your top speed by the end of the Kemmel straight is very good, but then in the second sector, you run the risk of really struggling. However, if you opt for medium to high downforce, you might do well in qualifying but then in the race, you risk getting overtaken and above all, struggle to overtake even with DRS. To all this you can add unpredictable weather with different conditions at various points on the circuit, so the brain teaser is really complete. In fact, the forecast for this weekend suggests the weather will further complicate matters, with a mainly dry Saturday, but rain forecast for Sunday, with temperatures no higher than a decidedly not summery 16°C. 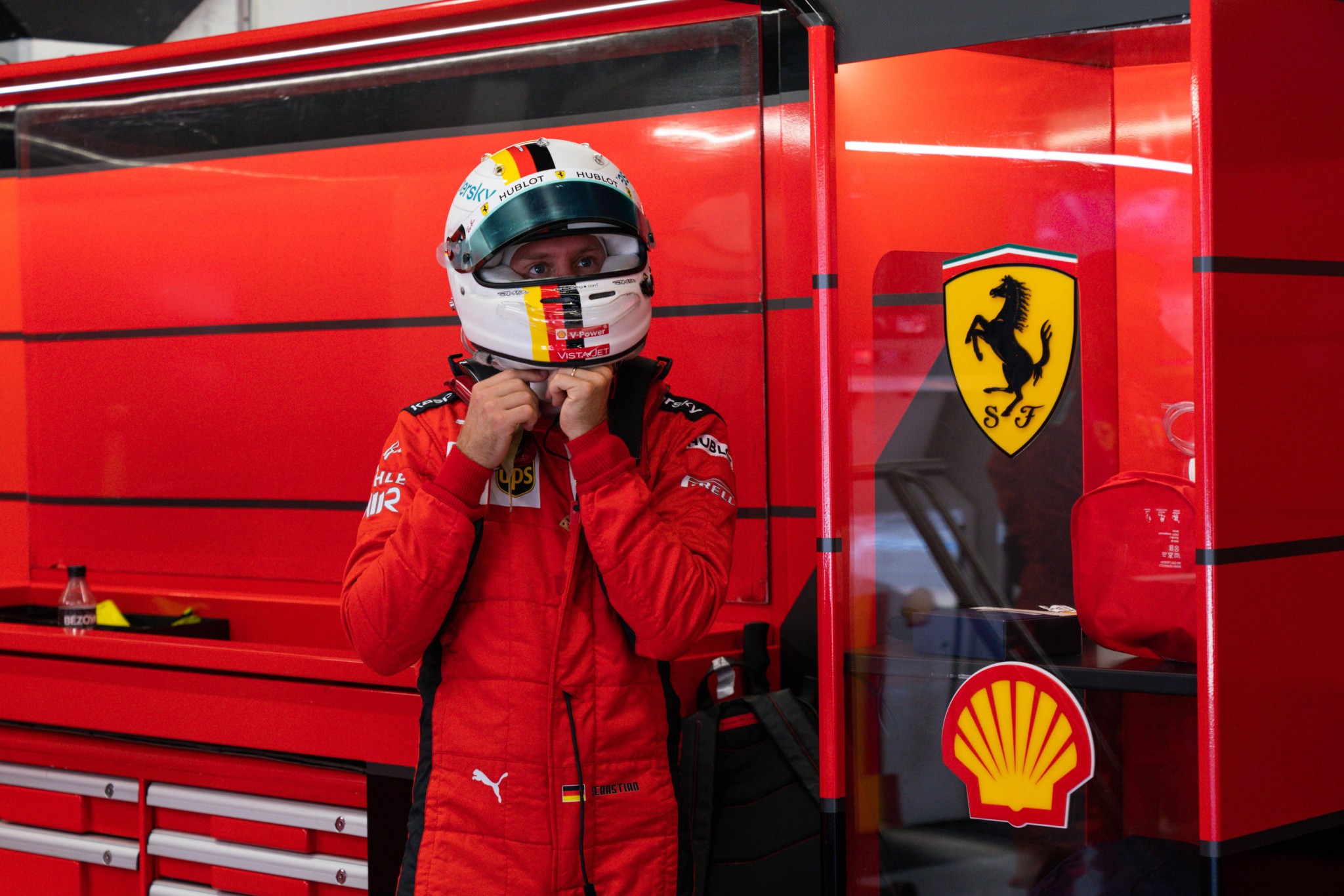 In this first part of the season we have seen the championship pretty much divided into two groups: on the one hand, three drivers who seem to be uncatchable and on the other, another ten or so all within a few tenths of one another. In Barcelona, we paid a high price for a lack of reliability, and in fact, we have now identified the problem with the electronic control unit that caused Charles’ retirement. But we also suffered from not maximising our qualifying performance, which put us in a difficult situation in the race. Aware of the current difficulties, we have to focus on our work in preparing for the weekend. The main aim is to ensure the drivers can get the most out of the SF1000. We must optimise the car-PU package, work well in the garage, define the best strategy and be efficient when it comes to reacting to changing conditions. Every thousandth of a second count, every decision can make the difference”.

“The Spa circuit is truly unique. No other track we visit has so many variations in height. It continually climbs and drops, a feature you can’t really appreciate seeing it on television. The track has some of the most difficult and enjoyable corners on the calendar, such as Eau Rouge, Pouhon and the esses before Stavelot, which in French, they call a ‘piff paff’.

It’s medium to low in terms of downforce requirement, but all sorts of factors can affect how you do in the race, starting with the weather, which is usually changeable. So you need to be able to tackle all the variables in the best way possible”.

“The Spa-Francorchamps circuit has a special place in my heart. While it is here that I took my first win, it is also where we lost our friend Anthoine last year. It will be difficult to return to this track and he will be in our thoughts all weekend.

In terms of expectations, it will be tougher for us in terms of performance this time around as we do not have the same level of competitiveness as we did in 2019. However, we have seen that anything can happen at this track, especially with the unpredictable weather.

As a team, we will have to work very hard to do all we can to get the most out of the car right from Friday. In free practice, we must gather all the information needed to pick the best strategy for qualifying and especially for the race.

Last week in the team

Following the Spanish Grand Prix, the usual debrief took place to analyse everything that happened in the race, in which Sebastian Vettel finished seventh and Charles Leclerc had to retire because of a problem with the electronic control unit on his car.
On Tuesday, Ferrari confirmed it had signed the new Concorde Agreement which will govern the Scuderia’s participation in the FIA Formula One World Championship for five years from 2021 to 2025. The agreement which was signed with the FIA (Fédération Internationale de l’Automobile) and Formula One, covers all regulatory and governance of the blue riband motorsport category, while the commercial aspects are set out in the agreement between Ferrari and Formula One.

The post Belgian Grand Prix – Spa marks the start of a triple-header on legendary circuits appeared first on Paddock Magazine.