August has arrived, and there are only a few weeks left for the summer transfer window to remain open. AC Milan is preparing for a return to the UEFA Champions League, and they’re eyeing a playmaker to help their squad.

According to Pianeta Milan (via Bolavip), Milan would be willing to pay €18-million to close a deal for Giorgian De Arrascaeta. However, the report states a source close to the Brazilian club has no proposals from the Italian club for the 27-year-old.

Enquiry made: Newcastle United look to pull off a huge move after asking about Juventus star 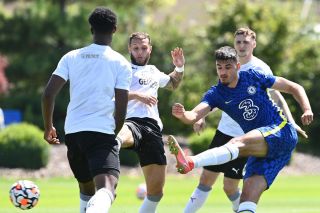 Chelsea could offload another forward as Serie A side open talks

Despite denying the information, the same source cited in the report, if an offer in the region of €18-million arrives, the board will not proceed with the conversations.

If Milan wants to land the Flamengo midfielder, the proposal will have to be much higher than €20 million to begin negotiations for the Uruguayan international.

Over the last few weeks, Flamengo has seen various names on its squad linked to moves away from Brazil and into Europe.