According to SportWitness via Italian outlet Calciomercato.it, Newcastle are seen as a ‘concrete option’ for Juventus talent Radu Dragusin, who may be available on a free transfer this summer.

Calciomercato.it report that there is still some distance between Juventus and the player’s entourage regarding a contract extension, though the negotiations are said to be continuing by the Italian outlet.

Dragusin’s deal expires in June of this year, with German giants RB Leipzig and Newcastle named as ‘concrete options’ for the for the promising 19-year-old.

It’s added that Leipzig see Dragusin as the kind of talent that could be an ideal replacement for Dayot Upamecano, who is set to be sold to one of the world’s biggest clubs in the summer transfer window.

Newcastle on the other hand are reportedly ‘pushing hard’ to land the ace. The Magpies may lose two centre-backs this summer, with Fabian Schar and Federico Fernandez’s deals both expiring.

Calciomercato.it claim that interest in Dragusin comes as an ‘explicit request’ from Steve Bruce himself.

It was reported a few weeks ago that Tottenham were also keen on the defender, with Spurs said to have joined Newcastle and Leipzig in expressing interest in the 6ft3 ace.

Calciomercato.it add that Atalanta are also eyeing the Romanian talent – who is a member of his nation’s Under-21s side, though Juventus still intend to tie Dragusin down to a new deal.

Juventus may face a difficult prospect in meeting the demands of the defender and his representatives, as Dragusin will want opportunities in the first-team, which will be hard for a world-class side to offer.

Dragusin left his homeland for Turin in the summer of 2018, he broke into the Under-23s side last term – who compete in Serie C – whilst he’s kicked on this season and become involved at senior level. 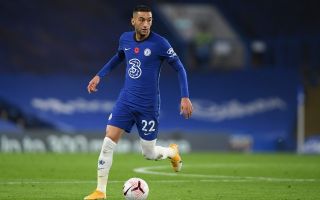 Dragusin has made four first-team appearances, two of which were as a substitute and the other half being starts in Coppa Italia clashes against Genoa and SPAL, with the ace playing every minute.

The Romanian is certainly a promising talent that has now found himself on the fringes of the first-team, he’d be a fine prospect for the likes of Leipzig or Newcastle to recruit, especially on a free.

The post Newcastle pushing hard to sign Juventus talent in possible free transfer as Magpies are alongside Spurs with interest appeared first on CaughtOffside.