van de Beek signed from Ajax over the summer transfer window, bolstering Ole Gunnar Solskjaer’s selection options in the middle of the park. However, the United boss has neglected to select him thus far,

The Netherlands international has found opportunities hard to come by for his new club, but was given the chance to impress against Istanbul Basaksehir in the Champions League tonight – and didn’t disappoint.

As United brushed aside the Turkish side in the 4-1 victory, van de Beek was a shining light in the middle of the park for the Red Devils, with both Rio and Scholes being impressed with what they saw. 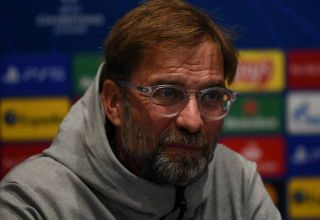 After the game, the two club legends gave their analysis live on BT Sport, and by the sound of things, they believe that Man United have made a worthy addition to their squad in van de Beek.

“He showed why he’s so highly thought of in European football.”

“He will make other players tick and perform better.”@rioferdy5 and Paul Scholes liked what they saw as Donny van de Beek ran the show in midfield for Man Utd ? pic.twitter.com/bAJpaQPW5l