The deadlock has been broken in the 58th minute of the Champions League final and what a moment it is for Kingsley Coman.

Full-back Joshua Kimmich showed his world-class ability as he controlled the ball before floating a dangerous cross towards the far post.

PSG defender Thilo Kehrer looked lax as he couldn’t contest Coman, leaving the wide man to head the ball into the back of the net.

Coman came through the ranks at PSG before heading to Juventus and then Bayern Munich, the 24-year-old already has quite the trophy cabinet and is one step closer to adding the best competition in club football to that.

Take a look at the Frenchman’s opener below:

A BIG call for Hansi Flick to bring him into the starting XI #UCLfinal pic.twitter.com/r3xMX3t3hr 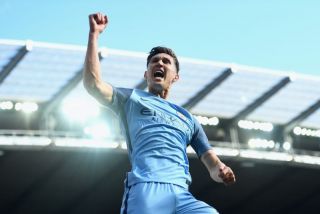 We can’t even imagine what Parisian Coman feels like right now.