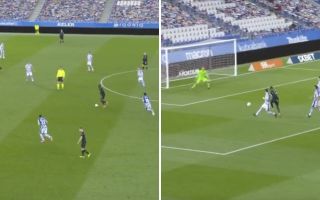 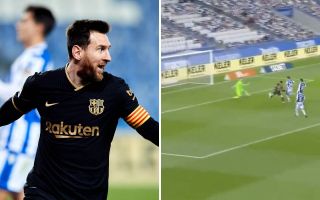 Video: Lionel Messi gets in on the act with brilliant finish as Barcelona run rampant against Real Sociedad

Messi linked with Jordi Alba, who was absolutely world-class tonight, before passing the ball past the goalkeeper and piling the misery upon Real Sociedad, who are just going to have to try and take this one on the chin and move forward after the break.